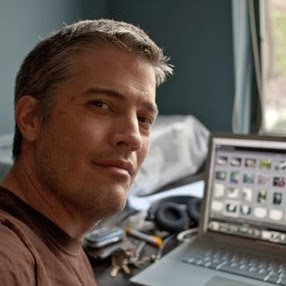 Scott Lizama is an artist (MFA, Rutgers-Mason Gross School of Art), photographer, educator, and doctoral student in the Environmental Psychology department at the CUNY Graduate Center. His photographic and installation work have been exhibited locally in New York city and internationally. His photographs and artwork have appeared in major publications such as Artnews, Art in America, British Esquire, and Photo District News. Since coming to the Graduate Center, Scott worked as a research assistant with the Public Science Project to develop visual material and data addressing issues around community policing with the participatory action research group, the Morris Justice Project and has created and led workshops in visualizing data and visual research methodologies for local and international PhD students and scholars. Scott’s own PhD research focuses on the sociology of urban space, specifically, how neoliberal urbanization has shaped the representation and visual identity of urban neighborhoods and places. Additionally, Scott is involved in the development of critical visual research methodologies that use digital technology to better understand and define the social production/construction of urban spaces.

Need help with the Commons? Visit our
help page Send us a message
Skip to toolbar

Built with WordPress | Protected by Akismet | Powered by CUNY